Conor McGregor agrees with UFC on a long-term contract. Including a deal for his own whiskey and a lot of hatred for his next opponent. Conor McGregor returns to the octagon. The Irish superstar has agreed a new contract with the UFC (Ultimate Fighting Championship), which commits him to six fights in the cage. This was confirmed by UFC President Dana White on Thursday.

This is your chance to bet with bitcoin on this event:
MMA betting possibilites.

What the UFC will pay for the contract has not been revealed. White said, however, that McGregor could earn more money with the new deal than has ever been earned in the sport. The UFC expects record revenues – especially from sales of pay-per-view offers. White expected up to 2.5 million customers. “It’s not hard to make a deal with McGregor because we know what it’s worth,” White explained. The pay-per-view record to date is 1.6 million (set in the rematch between McGregor and Nate Diaz at UFC 202).

McGregor allowed to advertise its own whiskey

Part of the new contract will be McGregor’s fight against Khabib Nurmagomedov on October 6th (UFC 229). There a new McGregor product, Proper Whiskey, will play an important role as sponsor. McGregor wants to use the fight as an advertising platform.

“You can put your foot down there,” the 30-year-old explained loudly, as usual, in response to a corresponding demand.

Bus attack has a sequel

The MMA fighter was in full swing when he was confronted with his next opponent at a press conference. The two cultivate a persistent hostility that almost escalated after several verbal battles in April.

At an event press day in New York, McGregor had attacked a bus, including Nurmagomedov, as part of an angry mob in an underground garage. McGregor had thrown in a window of the vehicle, the fighters Michael Chiesa and Ray Borg were injured. 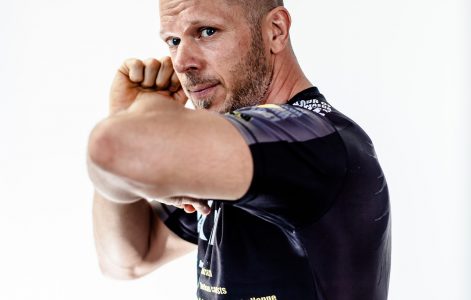 Nurmagomedov had not left the bus despite the provocations. “If you had got off the bus, you’d be dead now and I’d be sitting in a cell,” McGregor said now on the PK. Then the Irishman mobbed against his coming opponent:

“I’m coming here to beat the guy up. Didn’t you see me in front of the bus? I showed you my hands, no weapons. Get off the bus. You talk a lot, now you’re here. He’s been hiding behind women.”

McGregor returns to the octagon after almost two years of absence. His last fight was in November 2016 when he defeated Eddie Alvarez by Technical Knockout. However, his lightweight title was subsequently taken from him because he did not fight any more. Nurmagomedov grabbed the title in April with a win over Al Iaquinta.