Should we be worried when a fun coin on the crypto market is worth almost as much as the Daimler Group?

It’s just a side note. But anyone who is in an exchange with people with an affinity for finance these days comes up quite quickly on the subject of cryptocurrencies. That’s how I felt last week in a round with people, each of whom has already founded several companies in his life. Economically successful investors who reported investments in Dogecoin. Incredulous, one then asks about the sense of this so-called investment and then one hears as a reason that the price, on the one hand, only knows the direction upwards and, on the other hand, Elon Musk is a guest on the show Saturday Night Live in the USA on the second weekend in May. And could possibly say something about cryptos, about Dogecoin.

Now, you don’t have to judge cryptocurrencies as harshly as Charlie Munger, partner of Warren Buffett, who thinks cryptos are “disgusting” because the currencies are useful to kidnappers and extortionists. However, some certainly drop the ratio when it comes to cryptos. After all, Dogecoin is primarily about catching someone paying a higher price than you had paid. This has worked out excellently so far, the journey just must not go backwards. Then the market value of $60 billion should quickly turn into a fraction.

However, there are also exciting developments away from Dogecoin, and they should be viewed more seriously. Bitcoin has been leading the way among cryptocurrencies for years. However, the nimbus of the top dog is shaking, Ethereum is gaining in importance and is moving into the focus of professional investors. There are good reasons for a new balance of power on the crypto market.

Because at the beginning of May, the time had come: Ethereum climbed above the round 3000 threshold and rose to a record high of more than 3300 dollars. While bitcoin has only been running sideways for weeks on balance, gaining around 500 percent over the past twelve months, Ethereum has shown much greater momentum. In the same period, the second largest cryptocurrency climbed by more than 1500 percent, in the past 30 days alone it went up by 60 percent. Investor demand is high, which is also noticed by Vontobel on the certificate market. The Swiss have launched a new participation certificate on Ethereum with the WKN VQ552V. They have also added to Bitcoin, the matching WKN is VQ63TC.

Calculated in euros and dollars, the gains are already impressive – even compared to bitcoin. The Ethereum/Bitcoin ratio provides information about this. At the beginning of 2020, investors received less than 0.02 bitcoin for Ethereum. Since mid-March, the ratio has risen from 0.03 to 0.06. With a market capitalization of about $380 billion, Ethereum comes to dominate the overall crypto universe by about 15 percent. In contrast, Bitcoin’s share relative to other coins recently slipped from 60 to less than 50 percent.

From a long-term perspective, Ethereum remains undervalued compared to the crypto leader. For example, Ethereum cost 0.15 Bitcoin at times in the summer of 2017. Transferred to the current starting position, the second-largest coin should thus stand at around 8400 dollars. Unsurprisingly, demand from institutional investors is also increasing: In Canada, two exchange-traded Ethereum funds (ETFs) are already on the market.

Bitcoin is also used far more often than Ethereum, for example in the gambling industry. Most BTC casinos only accept BTC, read more about it at LuckyCoiner.

From fun to seriousness: Dogecoin climbs to unimagined heights

In one night, the price of the digital currency Dogecoin climbs to a record $90 billion. The crypto hype could even give gold a run for its money – according to some analysts. 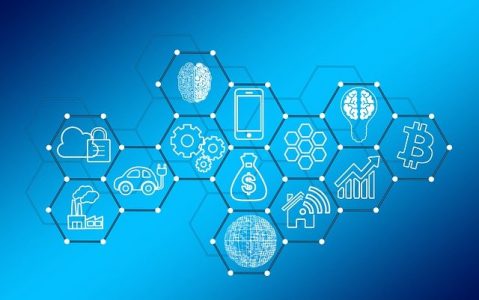 Ethereum is particularly well suited for DeFi or NFT transactions, as transactions can be linked to certain conditions (“smart contracts”). According to estimates, there are already more than $65 billion in DeFin projects running on the Ethereum blockchain. At the broker Etoro, active investors can even trade (crypto)currencies against each other. 101 different pairs are currently available, from Bitcoin vs. Ethereum to EOS vs. the US dollar.

From a technical perspective, the next milestone is coming up in mid-July with a major Ethereum update. After the so-called London Hard Fork, the previously inflationary Ether trend changes to a deflationary one as fees are burned on transactions. As the supply of Ether decreases, we could see further price increases, especially as Ethereum becomes more established as a smart contract platform and thus the foundation of the entire crypto economy. Bitcoin as a pure means of payment already seems like from times past. Ethereum now has more than a third of Bitcoin’s market value.

There is already speculation that the number two by market capitalization could take the lead. Such a flippening still seems unthinkable. But the dynamics of the crypto market should not be underestimated.

The mastermind behind the crypto boom

Vitalik Buterin is turning blockchain technology on its head with Ethereum. His cryptocurrency is rapidly gaining in value, and he is becoming a billionaire. What’s behind it?

The boom in cryptocurrencies is going mainstream. Bitcoin remains the largest cryptocurrency, but others are catching up. Earlier this year, for example, bitcoin accounted for about 70% of the total market value of all cryptocurrencies. According to the platform Coingecko, this share has melted down to just under 40%.

Analysts explain this by the fact that it is becoming increasingly easy for private investors to acquire tokens other than Bitcoin and thus diversify their portfolios. Critics, on the other hand, see this as another outgrowth of an investment mania driven by cheap money, stimulus checks for Americans, and greed.

Ether, the number two crypto, is benefiting from these money flows. In 12 months, Ether has gained over 1600% and costs more than $3400. This means that the cryptocurrency has clearly outperformed bitcoin in terms of performance in the current year. The total value of Ether is currently around $400 billion. That of bitcoin $1050 billion.
Smart contracts key to success

Like Bitcoin, the Ethereum system is built on a blockchain where every transaction is publicly recorded. This system allows money to be exchanged faster and cheaper than traditional systems, which require a long chain of middlemen to do so.

But Ethereum can do more than a virtual currency, in addition, thanks to the Ethereum blockchain, you can also enter into contracts. These so-called smart contracts are internet-based contracts whose terms are defined using a programming language.

After the contract has been concluded, it is continuously and independently checked whether the previously defined contract condition has occurred. As soon as this is the case, the other part of the contract is fulfilled.

The brains behind Ethereum is Vitalik Buterin. The software developer, who is only 27 years old, comes from a small town in Russia, from where he had already emigrated to Canada with his parents as a child. His father Dmitri, also a computer scientist, first introduced his son to the idea of blockchain and cryptocurrencies. Buterin’s foresight was in seeing the potential to create his own blockchain, Ethereum, on which other services could be built, from payments to insurance to gaming.

In 2013, he outlines this idea in a white paper on Ethereum. This brings him to the attention of the tech world. Buterin receives $100,000 from Paypal founder and well-known tech investor, Peter Thiel, to put his ideas into action. As a result, he quits his studies and starts working on Ethereum. With crowdfunding, $18 million is raised.

With this capital, Buterin and his business partners move to Switzerland in 2014. The foundation law in this country is helpful for many crypto companies and allows them to easily put their ideas into action. Ethereum does not remain the only blockchain company in Switzerland. Many others are following. Most of them are domiciled in Zug. Ethereum also has its headquarters in “Crypto Valley.”

But Zug is no longer the first choice for the well-traveled man, who says he is at home everywhere in the world. In 2017, Buterin moved his residence to Singapore to further promote the Asian business from there. The big increase in the value of Ethereum has also made Buterin rich. The young man publicly displays his crypto holdings. Converted, his wallet currently holds around $1.1 billion.