It has been exactly ten years since Satoshi Nakamoto, the anonymous Bitcoin creator, disappeared from the scene. He had “moved on to other projects,” was his last public message in April 2011. He (or she?) has never been heard from since, and one can only speculate what Nakamoto would think of his work today. Back then, the value of a Bitcoin had just surpassed the $1 mark; today, the digital currency is trading above $50,000. Trading with BTC is risky, therefore you need to educate yourself before you invest!

But the increase in value alone does not make Bitcoin a success story, because the fundamental technical weaknesses have not changed since then. To put it briefly: The higher the market value, the higher the power consumption. In the meantime, the cryptocurrency needs as much electricity as the whole of Sweden; a single Bitcoin transfer requires more than 1,000 kilowatt hours – as much as the annual needs of many a single household. All this without being able to do much with the currency today, except hoard it. 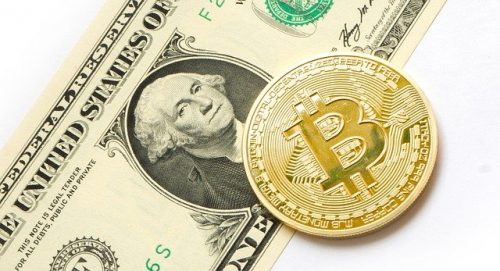 This puts Bitcoin on a collision course with all efforts to limit climate change and transform the economy in an environmentally friendly way. One might argue that Bitcoin currently consumes only about 0.6 percent of the electricity produced worldwide. But that figure can rise quickly. Moreover, Bitcoin is just one among hundreds of new digital currencies. Meanwhile, production of the hardware needed to “mine” Bitcoins is clogging capacity at Asian chip factories, contributing to the global semiconductor shortage and already delaying production of electric cars.

Bitcoin’s growth, therefore, cannot continue forever. Economist Herbert Stein is credited with the phrase, “When something can’t go on forever, it stops.” Only, in the case of Bitcoin, this will not automatically happen. So what to do?

Ultimately, the Bitcoin miners who generate the digital money with the help of energy-intensive special computers have it in their own hands to convert the digital currency to environmentally friendly processes – simply by updating the software. That they don’t do it is because they fear for their profits in money creation.

They therefore need a good kick in the right direction, preferably with the help of taxes. It goes without saying that alcohol or gasoline are taxed – why shouldn’t the same apply to CO₂-intensive digital currencies? A levy could hit both the energy-hungry generation of Bitcoin, the exchange into hard currencies, or the production and import of hardware for Bitcoin farms. In this way, Bitcoin users would share in the environmental damage they help cause, and the government could invest some of the exorbitant profits in more meaningful things.